Barnaby to get new sidekick

Barnaby to get new sidekick

There’s big news from the makers of our favourite TV series. Midsomer Murders gets a new recruit in the forthcoming series, which starts filming this month. DCI Barnaby, played by Neil Dudgeon, will be joined by a new sidekick as the hugely popular series returns for another six episodes. The new recruit’s name is DS Jamie Winter, and he’ll be played by newcomer Nick Hendrix. DS Winter will be providing much needed back-up for Barnaby as more fresh cases unfold.

Although new to Midsomer, Nick is a familiar face of stage and screen, most recently appearing in the TV drama Marcella. Fans of British TV detective shows may also recognise him from Inspector George Gently. Of course, along with new characters, there will be some familiar faces returning. Manjinder Virk will be reprising her role as pathologist Dr Kam Karimore and Fiona Dolman will return as Sarah Barnaby.

Executive producer Jo Wright said: ‘All the team here at Bentley feel it’s a great privilege to be filming the latest series of Midsomer Murders, and especially to welcome the talented Nick Hendrix to the family.  We are sure he will help Neil Dudgeon keep as many people as possible safe on the dangerous streets of Midsomer County.’ 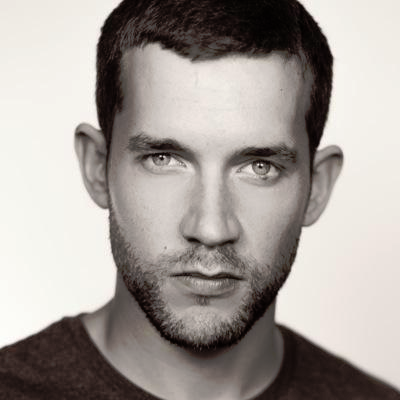 Newcomer Nick Hendrix said of his new role: ‘I’m genuinely thrilled to join this bastion of British TV. It’s a real privilege to be part of a hugely successful and much loved show and I am looking forward to stepping into the wonderful world of Midsomer.’

He’ll be joining a show that pulled in an impressive audience of 6.4 million viewers last series, roughly 25% of the audience share in its time slot. Making it still one of the most popular programmes on British TV. Of course, it’s not just in the UK that it’s been successful. It’s viewed in over 220 territories around the world, reaching top of the ratings in Germany, Denmark, Sweden and France.

Another big star of the show, and something that Nick Hendrix will be getting to know well over the coming months, is the South Oxfordshire countryside. The show is filmed in classically English towns and villages like Wallingford and Dorchester on Thames. The peaceful and beautiful scenery is the perfect setting for a murder mystery, something which Agatha Christie, who lived much of her life in the area, knew well.

Midsomer is in many ways the TV extension of Christie’s work, brining suspense, drama and sometimes a little humour to what would otherwise be grim subject matter.

We’d like to extend a warm welcome to Nick and hope that he has as much fun making the programmes as we have had – and continue to have – watching them.