Start in Dorchester, one of the prettiest Midsomer county villages. Become truly immersed in the Midsomer Murders experience by staying overnight. Your choices are a 15th century or two 16th century coaching inns, and make sure you visit the post office; all are film locations. Dorchester Abbey was re-founded as an Abbey for Augustinian canons in 1140 on the site of previous ecclesiastical buildings. It displays traditional architecture from 11th to 17th century. A ‘free’ must-see attraction in South Oxfordshire, the Abbey is open all year round. Remember Joyce Barnaby’s visit to Midsomer Newton Museum? That’s the Abbey’s museum. (Museum and tea room seasonal opening)

Next stop is Ewelme, overlooked by many but not the Midsomer Murders film crew who have used this delightful, tiny village a number of times. With a village shop, tea room, church and school it’s worth a stop to take a walk around Ewelme Watercress Beds and nature reserve and to watch the video of watercress being farmed in the 1970’s.

Move onwards to the market town of Watlington, where you can see buildings spanning the period from 15th century to modern day. The library featured as Causton library in ‘OrchisFatalis’ and it is worth taking time to see the church, pubs and shops before setting off towards Lewknor, a pretty brick and flint village complete with pub and village school.

Driving towards Thame, you enter the Chilterns Area of Outstanding Natural Beauty and there are a couple of options depending on your interests. Download a walking leaflet and enjoy the Aston Rowant National Nature Reserve or visit the train station used in ‘Death in a Chocolate Box’ at the Chinnor and Princes Risborough Railway (steam and diesel trains run on event days).

On arrival in Thame several locations are immediately recognisable from the series, particularly the Spreadeagle Hotel, 16th century on the outside with cosmopolitan comfort on the inside. Thame’s independent shops and tea rooms have traditional frontages, there’s a spectacular 13th century church, a museum, walking trails and a 700 year old pub. It is likely you will arrive on market day, with weekly markets, annual food fayres, festivals, fetes, cattle markets and the Thame Horse & Country Show. Time it right and play a championship golf course at The Oxfordshire Golf Resort, dine at one of the world’s finest restaurants, Le Manoir aux Quat’Saisons or stroll through Waterperry Gardens to learn its remarkable story.

Head in the direction of Warborough, veteran of 9 episodes, passing the Midsomer countryside of the Haseleys and the Miltons where a number of scenes were located. But make sure you arrive in Warborough in time for a ‘swift half’ at the Six Bells on the Green; a thatched 16th century pub which features in so many episodes of Midsomer Murders, regulars will recognise it at once!

Returning to Dorchester there will be time over dinner to decide tomorrow’s agenda. If it’s more Midsomer (or Morse) you’re after, then Oxford is very close. Sticking to the countryside your local options include Wittenham Clumps, a walk along the Thames Path, or the Oxford University’s arboretum at Nuneham Courtenay.

(A detour at Watlington could take you to Turville to one of the most filmed pubs in England where the clues are found in the menu of Dibley Pudding, Chitty Chitty Bangers or a Midsomer Burger! The pub website also details a lovely walk through some of the finest Midsomer Murders countryside).

Download and print a PDF of the Northern Trail (330kb). 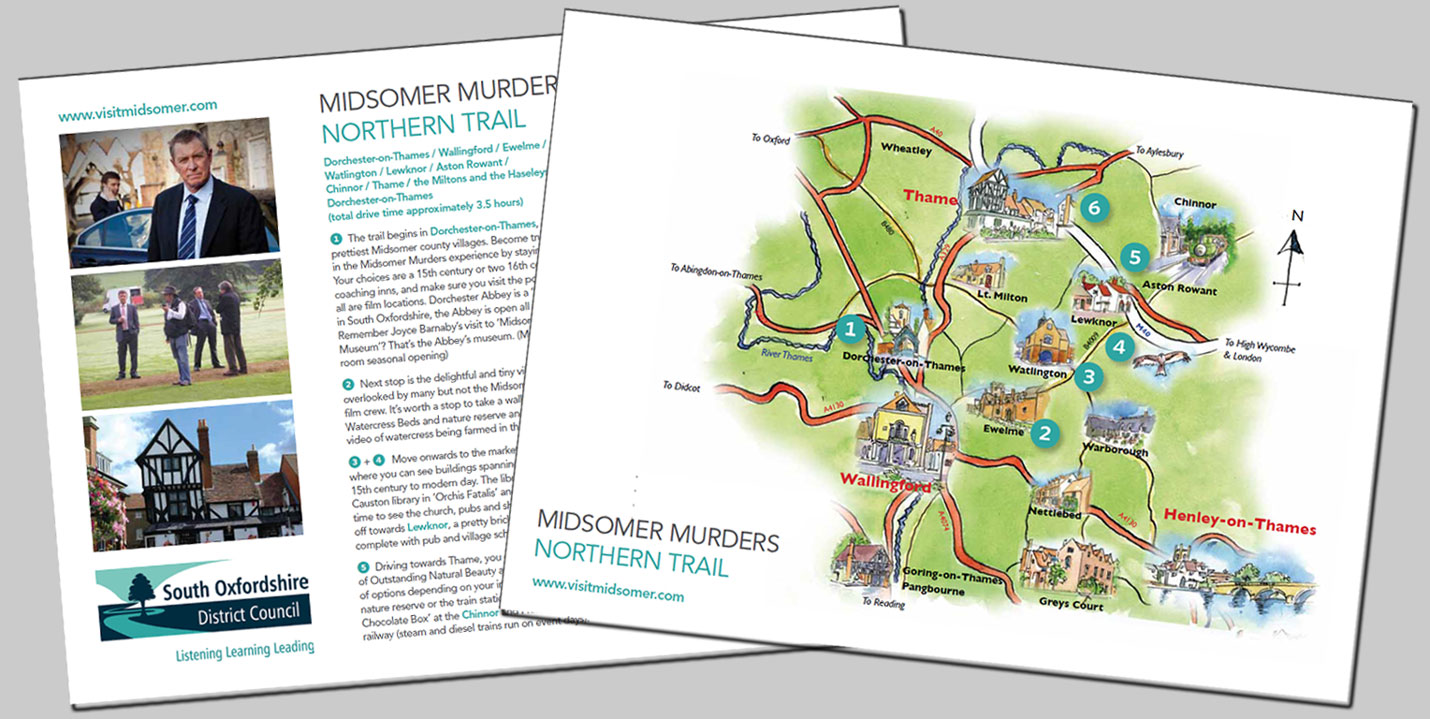 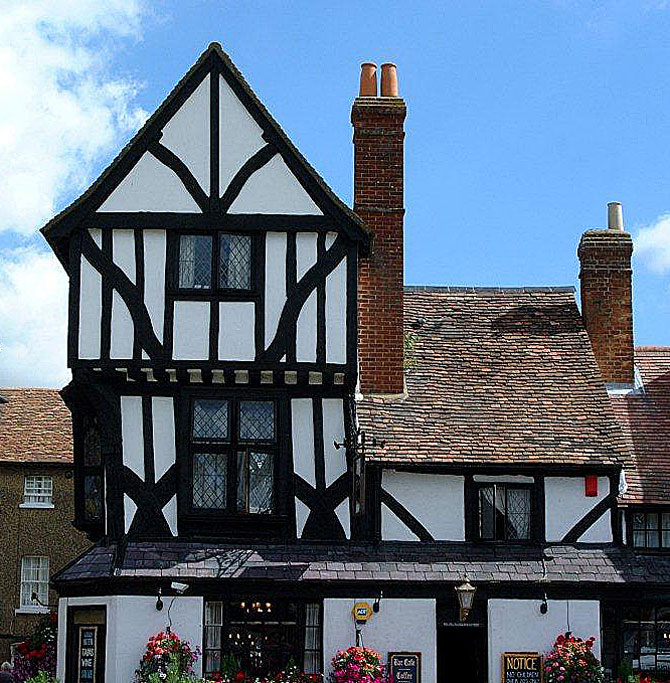