Chinnor is situated about four miles southeast of Thame, home to the Chilterns Area of Outstanding Natural Beauty and Chinnor and Princes Risborough Railway. This idyllic village has plenty of sights to see, including a historic windmill and three churches, and is surrounded by the beautiful Chiltern Hills.

The ‘Made to Measure Murders’ episode contains scenes featuring Woodley & Woodley tailors, which were filmed in front of and the inside of a shop in Chinnor. The Railway Station has appeared in Midsomer Murders on numerous occasions and Wainhill Crossing has also been recognised in the ‘Death in a Chocolate Box’ episode.

Tours around the area can be organised by the owners of The Courtyard at Wainhill, a charming Bed and Breakfast located on the Ridgeway just meters away from the crossing. To book onto a tour, please visit www.wainhill.co.uk.

In the episode ‘The House in the Woods’, Dorchester Abbey’s museum appears as Midsomer Newton Museum where Joyce Barnaby meets with the local conservation group.

The Midsomer fictional village of Aspern Tallow is a pretty stone village centred around a collection of 15th century buildings including the church, almshouses and a small school believed to be the oldest in England. Buy provisions at the village store and head into the wild nature reserve running behind the historic watercress beds which featured in ‘Secrets and Spies’. St Mary the Virgin Church has a magnificent tomb for Alice Chaucer, and Jerome K Jerome (author of Three Men in a Boat) is buried in the churchyard. The Church also featured in the film Les Miserables starring Hugh Jackman. Moulsford is a riverside hamlet located on the River Thames and welcomes passing boats on the pontoon. Slightly downriver, Mapledurham is a riverside manor house, first mentioned in the Domesday book, offering guided tours of the house, the watermill and boat trips. Enjoy a cream tea made from flour ground there, in the only mill still operational on the river Thames, or visit St Margaret’s Churchto see the Bardolf Aisle - final resting place of Mapledurham’s Lords & Ladies since 1395. Located between Wallingford and Reading

Warborough has all the markings of a typical Midsomer village – a cricket pavilion, village green, pretty church and country pub. Located at the side of The Green is The Six Bells pub which has appeared in at least four episodes, once under its own name, but also in the guise of The Quill Inn, The Black Swan and The Luck in the World. Fans of the series will most definitely recognise where DCI Barnaby and Sergeant Troy used to sup a pint whilst discussing the latest case.

Midsomer Mallow in Bloom was filmed on the Green where there is a not dissimilar village festival held every year and the cricket pavilion on the Green appeared as Badger’s Drift Village Hall in The Great and the Good. 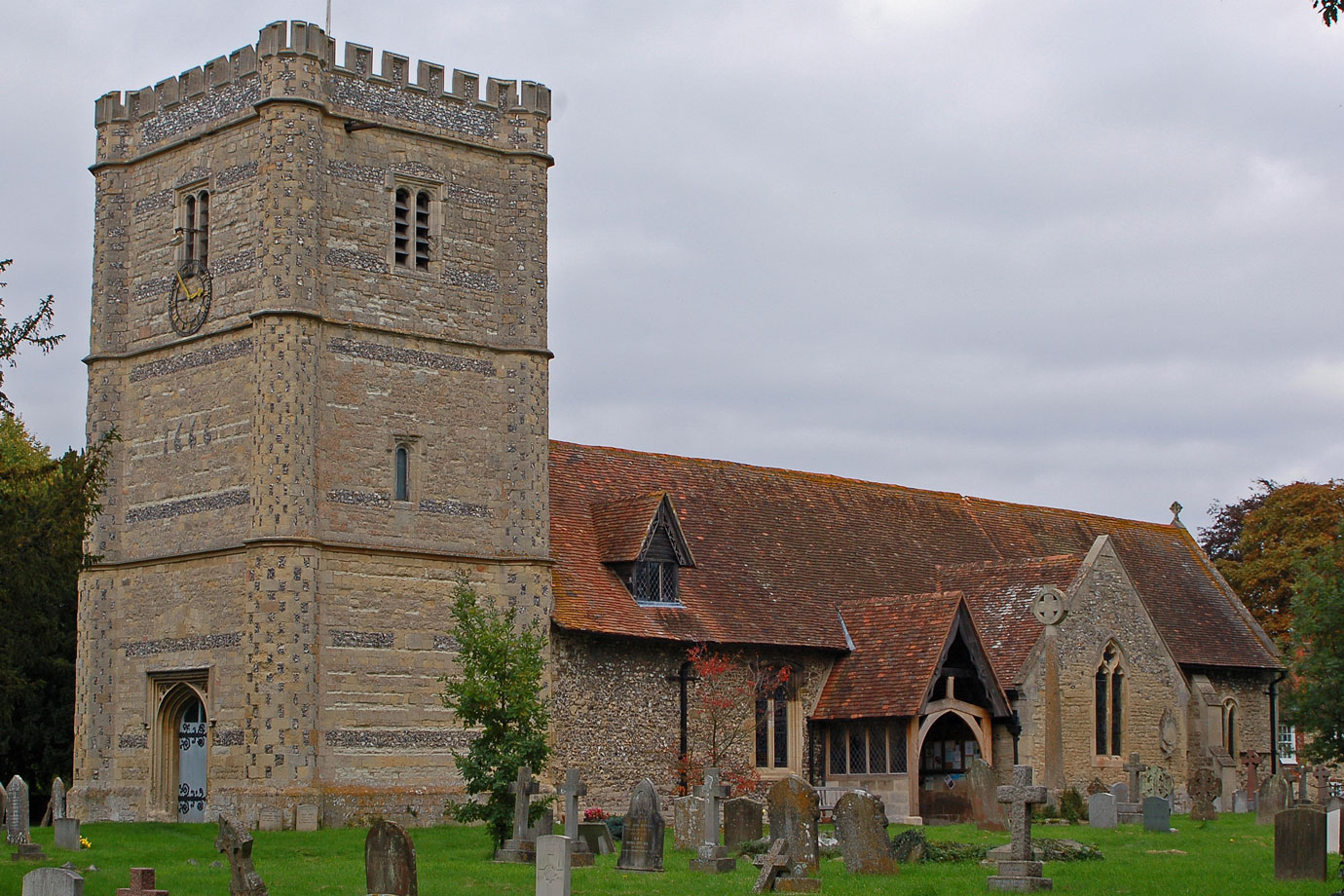 A charming and peaceful rural hamlet with a free house pub which means it can stock its own choice of beers – regulars on offer are Black Sheep, Rebellion IPA and Brakspears Bitter on hand pump as well as regular guest beers. St Bartholomew’s Church opposite the pub was used as the location for the funeral scenes in Destroying Angel and A Talent for Life.

This countryside setting is perfect for country walks and picnics. Stay over at the pub to enjoy a gorgeous sunrise and sunset across this magnificent landscape. Lewknor is a small village built in the characteristic flint and brick architecture of the Chiltern Hills, where the school, (and its pupils), appeared as the Upper Warden school in two episodes of Midsomer Murders. At the heart of the village is The Leathern Bottle. This pretty Brakspears pub dates back 450 years and has an outside seating area where you are almost guaranteed to see the wonderful red kites soaring over the hills.

Probably best known for fabulous walks, Lewknor is situation very close to The Ridgeway National Trail and features less than five minutes from the M40 motorway. A small village along the old coaching route from London to Oxford with a history of brick making, using the local clay that runs through the Chiltern Hills. There is still a kiln on the Green just along from The White Hart, a pretty pub parts of which date back to the 14th century and which appeared in The Maid in Splendour as a pub of the same name. It’s a good place to stay and explore Midsomer, being on the road between Henley and Wallingford. The church, village shop and pretty cottages make a nice little village walk. Rotherfield Peppard and Rotherfield Greys have been used a number of times for filming, most notably perhaps in Orchis Fatalis when the National Trust’s Grey’s Court provided the location for Brother Robert’s monastery, and more recently, the background for the Crawley picnic in Downton Abbey. 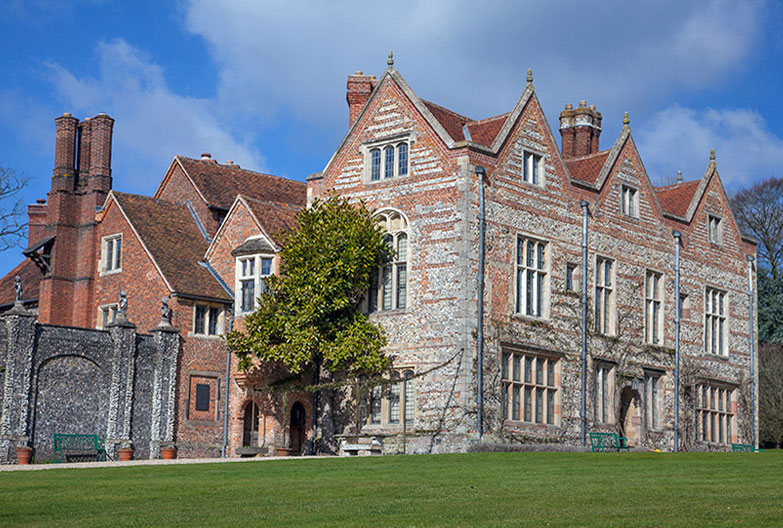 Great and Little Haseley have been much filmed for Midsomer Murders, with The Plough Pub at Great Haseley offering the quirky Oxfordshire pub game of Aunt Sally at which DCI Barnaby manages an impossibly high score! The pub is one of a growing number of community pubs that belongs to the village who raised £400,000 to retain it. Off the beaten track, these two villages are quintessential Midsomer and a great place to park up and wander - several cottages will be recognisable as homes for dubious Midsomer residents (please be aware not to linger too long as these are private houses).

The church was used for wedding scenes in ‘Midsomer Rhapsody’ and the postman’s funeral in ‘Dark Autumn’. The village hall is perhaps the most filmed location throughout the series – an antique shop in ‘Dark Autumn’, the venue for the book signing sessions in ‘The Fisher King’, the photographic exhibition in ‘Picture of Innocence’ and Midsomer Parva village hall in ‘Blood Weddding’. From M40, near Thame, en route to Wallingford