Starting in Henley, head out through Nettlebed, where the hotel and the village hall have appeared in the series. If you want to start the day with a walk, detour to the Warburg Nature Reserve or visit Stonor, one of England’s oldest manor houses, filmed in James Bond and featured in Simon Jenkins, ‘1,000 best houses’. (seasonal opening times)

Arriving in Wallingford, you enter the original ‘Causton’ in time for lunch. The Corn Exchange, in the much-filmed market place, appears in a number of episodes as Causton Playhouse. Maybe you’ll bump into one of Wallingford’s actors, many are cast as extras in the series, or hear the local choir which grace many Midsomer services as the Midsomer Worthy Choir. The famous crime writer, Dame Agatha Christie, was President of the theatre in Wallingford and is buried at St Mary’s Church in Cholsey. For a step-back-in-time visit nearby Cholsey and Wallingford Railway, a GWR branch line still running steam trains on event days.

Period architecture typifies the market town of Wallingford, set on the banks of the River Thames. Bathed in history, take one of the town trails, perhaps starting at Wallingford Museum and finishing with the ruins of the 13th century castle and castle gardens.

Journey on through the pretty rural villages of Moulsford which featured in ‘Dead in the Water’ (an alternative lunch stop or boat hire is available at the Beetle and Wedge) and Goring- upon-Thames; then on to Mapledurham House and Watermill.

Mapledurham House has a history of filming, having caught the eye of location managers with The Eagle has Landed, Inspector Morse, Miss Marple and, recently, the new series of Midsomer Murders with Neil Dudgeon replacing John Nettles as DCI Barnaby. Historically it has been a scene of parliamentary and religious dissent and one or two past owners certainly met untimely deaths! Find out yourselves why everyone wants to film here and enjoy a cream tea made with flour from the last working watermill on the River Thames. Still privately owned, the family have lovingly restored this magnificent 17th century home, the water mill and its extensive grounds. (seasonal opening)

Heading back towards Henley, you have two detours to choose from: Rotherfield Peppard or Rotherfield Greys.

At Rotherfield Peppard, both church and primary school featured in the series. The school is ‘Badgers Drift Primary School’ and children from the school appeared in the filming. A good stop is the delightfully restored 18th century barn called the Herb Farm. Amongst its surprises are a beech hedge maze, pretty gardens, tea room and shop which demonstrates the versatility of herbs – be that food, drink, therapeutic or decorative.

Henley Riverside (c) visitmidsomer.comBack into Henley, head to your hotel or B&B and choose your culinary delight from over 20 restaurants, bistros and pubs in this vibrant market town. The Kenton Theatre is thought to be the 4th oldest working theatre in the UK, a Regency gem with a diverse programme ranging from the traditional to the one-off treat. Chill out at the cinema or enjoy a cruise to view this picturesque town in style from the River Thames. It’s well worth an extra day to walk along the river and visit the Henley River and Rowing Museum where the Wind in the Willow’s Ratty and Mole make a special appearance. Henley’s festival season runs for four months of the year, taking in food, literature, film, music and, of course, the world famous Royal Regatta where Barnaby and Joyce attended the rowing in ‘Dead in the Water’.

(An alternative route from Wallingford to Mapledurham would take you through the villages of North Stoke with its pretty 13th century church and Ipsden, both of which are Midsomer Murder locations. Brought your golf clubs? Then North Stoke is a must for a stop at The Springs Hotel and Golf Club. Ipsden offers picture perfect scenes of village pub, village shop and post office, a cricket green and a great place to watch the red kites hovering overhead.

Download and print a PDF of the Southern Trail (330kb). 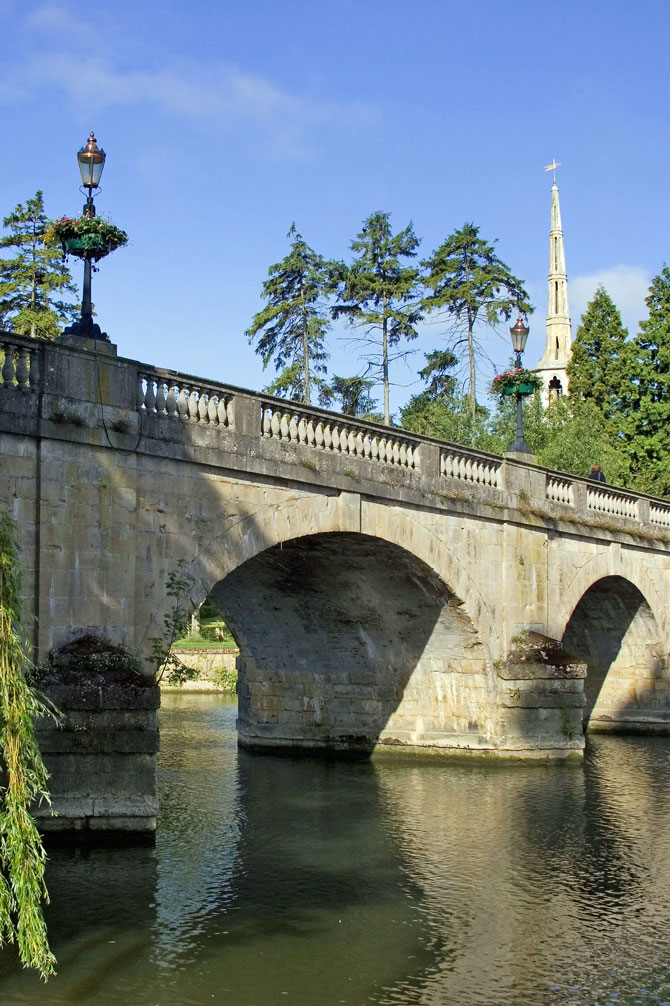